It’s not every day you see your friend flapping about like a raven. But then, when your friend is an actor and recent graduate of East 15 Acting School, it’s all in a day’s work.

Adam Brown, who goes by the stage name Adam Bellamy, co-wrote and performed in The Keepers, a short theatre piece by Tangled Spider Theatre about the ravens at the Tower of London. Last night a group of us headed up to London to see our friend perform at the Etcetera Theatre, above the Oxford Arms in Camden.

The piece also features East 15 graduates Hayley Adams, Komal Amin, Mairin O’Hagan and Sarah Anson, and originated from a devised performance project they worked on while on the MA Acting course. It also includes a graduate from ArtsEd acting school.

When your friend tells you they’re going to be playing a raven in their next show, you of course smile, nod and make encouraging sounds. These actors, eh. But as we settled into our seats, all preconceptions vanished. There stood Adam and his fellow actors, all wearing black and sporting heavy eye makeup, jerking their heads and strutting about the stage so much in the manner of a bird it was uncanny. 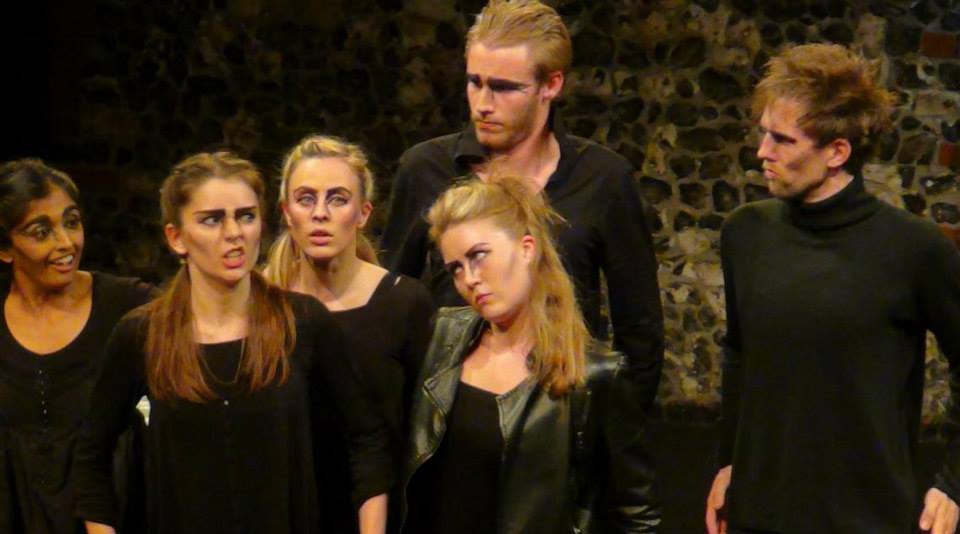 Later on in the pub, Adam told me about the extensive research they had all done into the anatomy of a raven, studying its skeletal structure in order to understand how and why they move the way they do. I was even more fascinated to discover the ravens in the play are all real ravens that have lived in the Tower. All of a sudden a highly entertaining piece of theatre in its own right took on a greater significance.

Sadly Erin is the only one of the ravens in the play that still lives in the Tower, but you can read about the other ravens’ stories on the Tower of London website. Many of the individual personalities and characteristics of the ravens we saw in the play are based on the real ravens, including a penchant for playing dead, a love of biscuits, and one raven going walkabout.

Despite an aching back here and there from holding the unnatural posture (for us) of the raven, the actors came into the pub exhausted but exhilarated afterwards for a well-deserved pint. This was a truly original and enjoyable performance quite unlike anything I’d seen before, and if you can get to Camden tonight or tomorrow for the last two performances I’d highly recommend it.