I’ve now been back over a week and my time in Sicily feels almost like a dream. Did it really happen? Was I really there?

Just over two months ago I saw the job with Oxford World Theatre on Casting Call Pro, got an audition, and hey presto! The preparation started with a vengeance, and then I was off to Sicily! 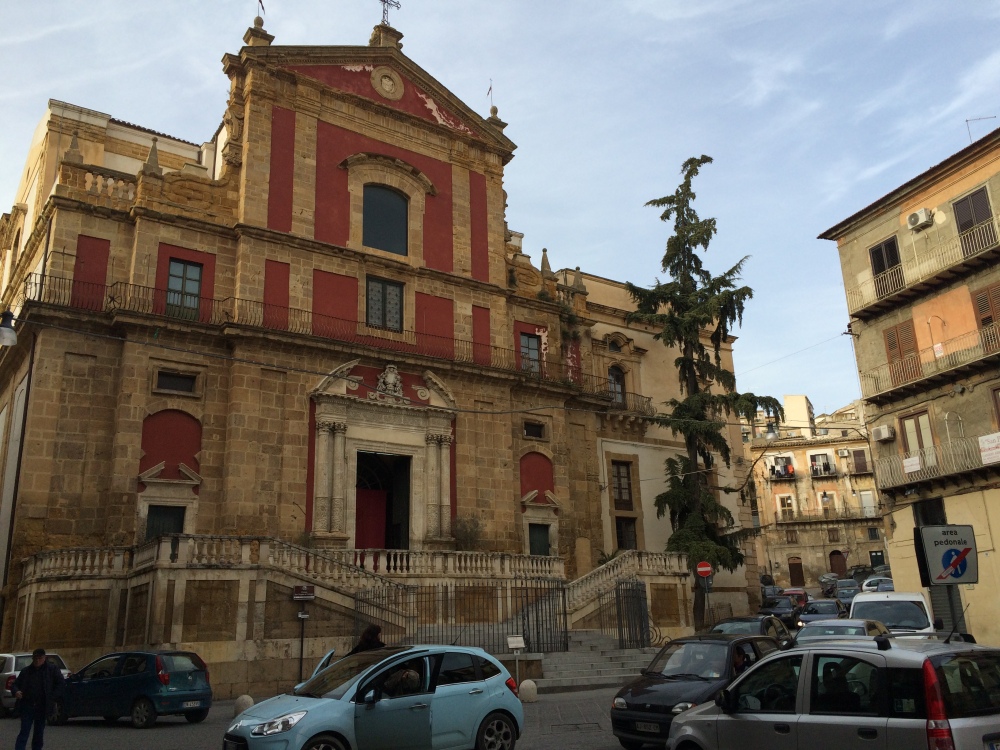 The location of the project was a city slap bang in the middle of the country called Caltanissetta, a place I probably would never have visited if booking a holiday to Sicily, so I am extremely grateful that I got the chance to spend three weeks there working with two fantastic groups of students. I met some of the friendliest people I have ever met, especially at my local restaurant, ‘Amico’, where I ate lunch and dinner every day. With my knowledge of French and Spanish, I managed to get by in very broken Italian with the restaurant staff, who spoke only a few words of English. They were patient and encouraging with my attempts, and always made me feel welcome.

Because of my conversations with the Amico staff, plus watching Italian TV when in my room (which was mostly American programmes dubbed in Italian), by the end of my stay I knew enough Italian to just get by in most situations. Before this experience, if learning a new language, I would have studied a great deal before even attempting a conversation with a native speaker. However, getting stuck in from day one, especially with a language containing elements already familiar to me, proved a far superior method. By necessity, I had to communicate and make myself understood, so this accelerated my learning far more than just studying would have.

The project itself was challenging, rewarding, and great fun. Over the course of the three weeks I worked with two groups of students, one aged 14-15, and the other 16-17. Naturally, the older group was a bit more focused, but both groups were very enthusiastic and worked so hard. At the end of week two the first group – around 43 students in all! – performed their show, then at the end of week three the second group performed theirs, having put it together in only a week. They did a fantastic job, and I am so proud of all of them. I already miss their positive energy, creativity and beaming smiles.

I treated each session with the students like a proper rehearsal, with a warm-up followed by scene work, then notes from the director after everyone had shared their work. I have directed before, but only with a cast of up to six, so 43 was quite a challenge! We did split the group in two for the rehearsals, so I would work with 22 students at the most at one time. Managing a large group of teenagers, keeping them focused, and keeping in mind all the elements of the whole production, was an invaluable learning experience that I can see influencing and improving my own acting work and any directing I do in the future.

I think companies like Oxford World Theatre are creating something wonderful – the opportunity for young people learning English to engage with the language in a way they never have before. They provide an experience that is enjoyable, challenging and rewarding for everyone involved, and one that will hopefully stay with the students for ever. I feel so privileged to have joined the team, and am looking forward to my next adventure with them…. in Russia!

Please take a look through my photos of Sicily, including Caltenissetta and Palermo, where I went for a day-trip with another group of students. Pictures of the shows and rehearsals themselves can be found on the Oxford World Theatre Facebook page. This was three weeks that I will never forget, and I am so grateful to have met such kind and friendly people, and had the chance to experience this beautiful country – a place I hope to visit again and again! 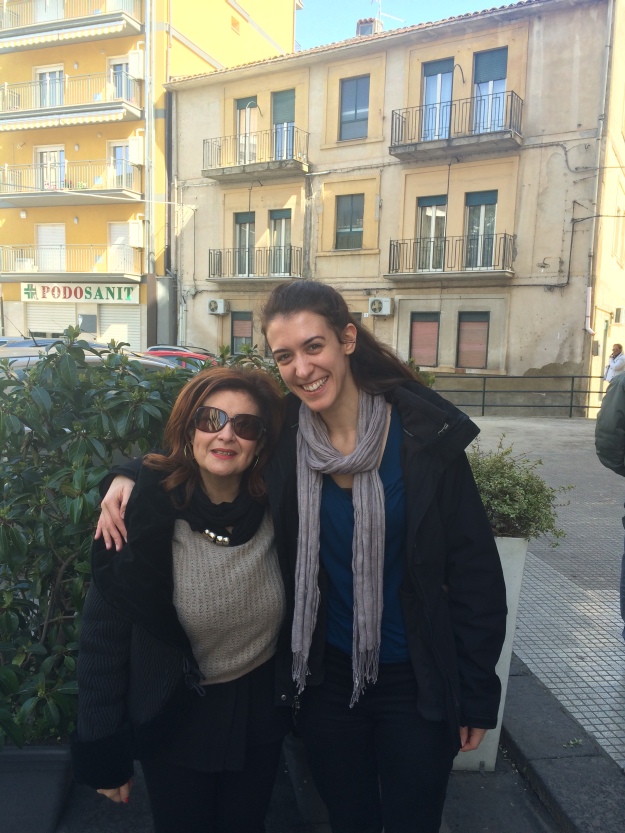 With the wonderful Marisa, the English teacher overseeing the project at the school 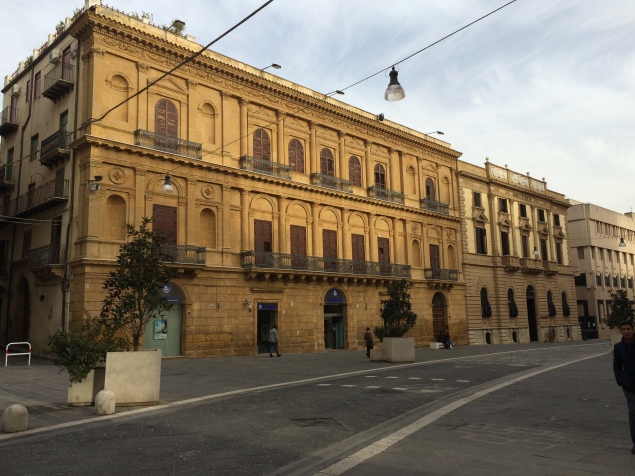 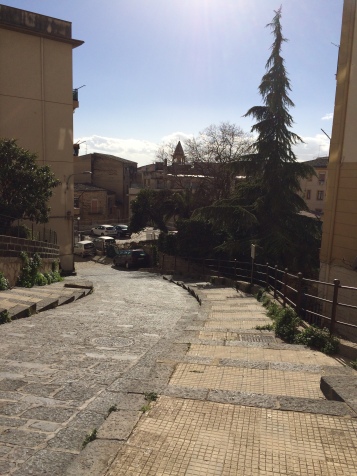 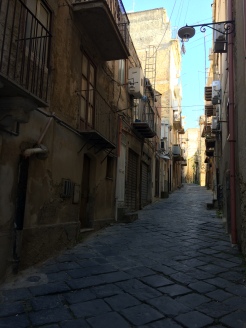 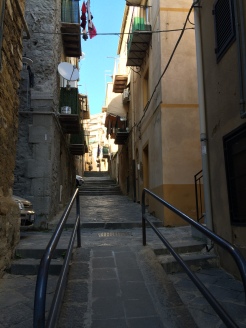 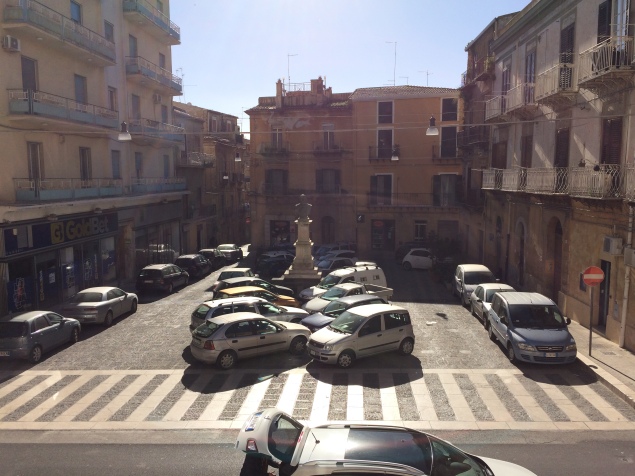 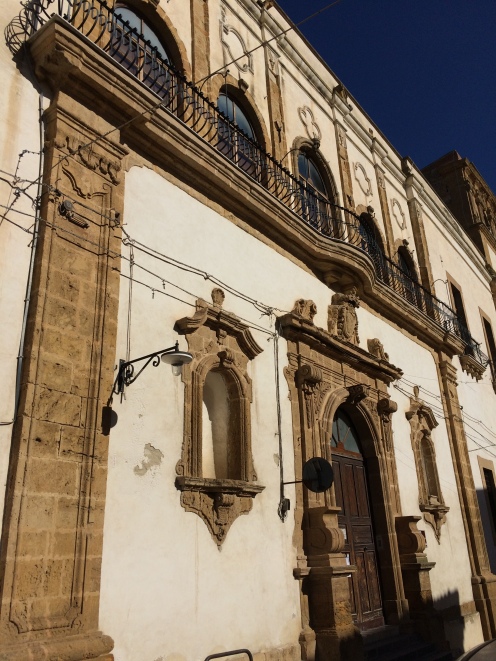 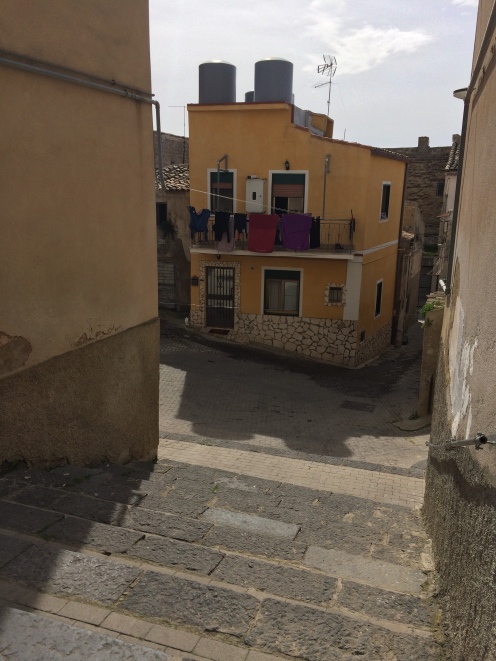 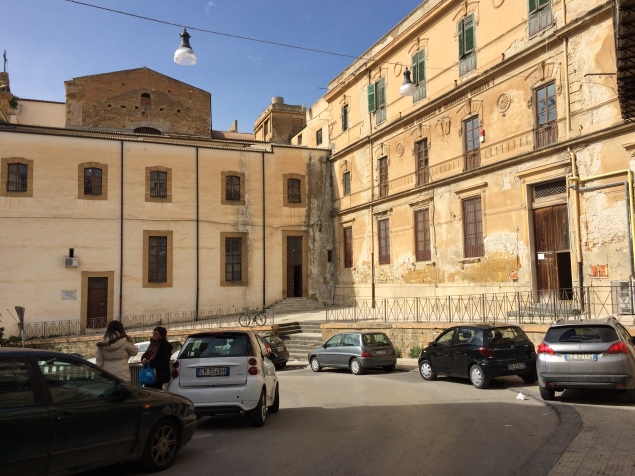 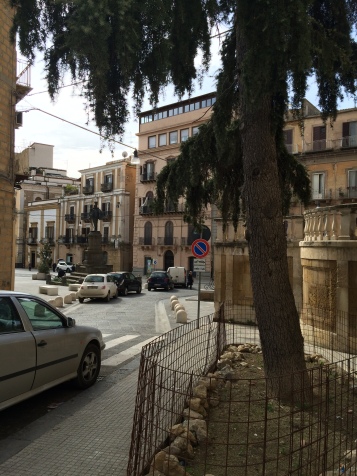 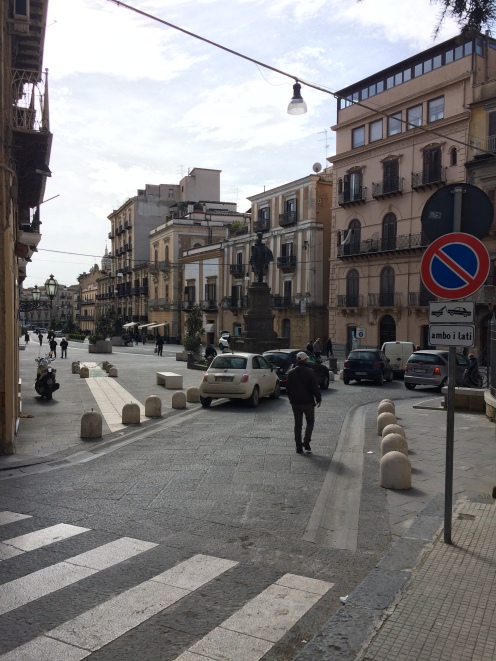 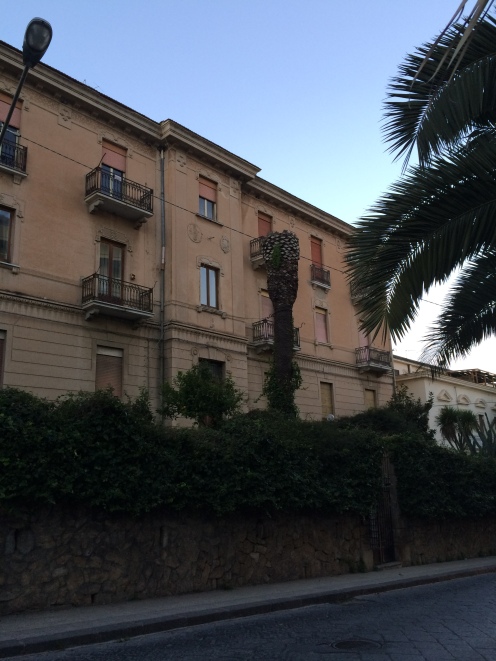 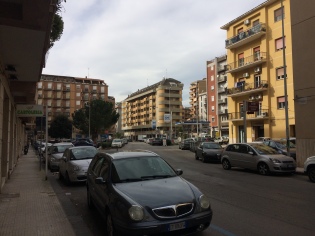 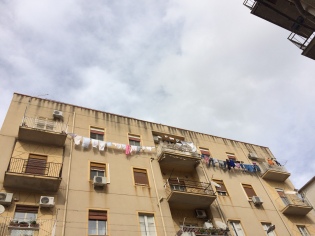 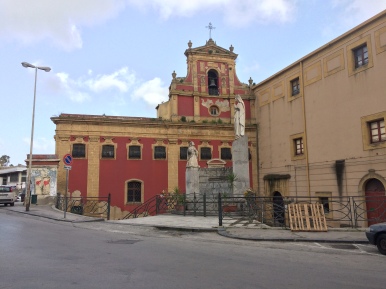 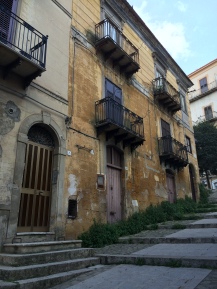 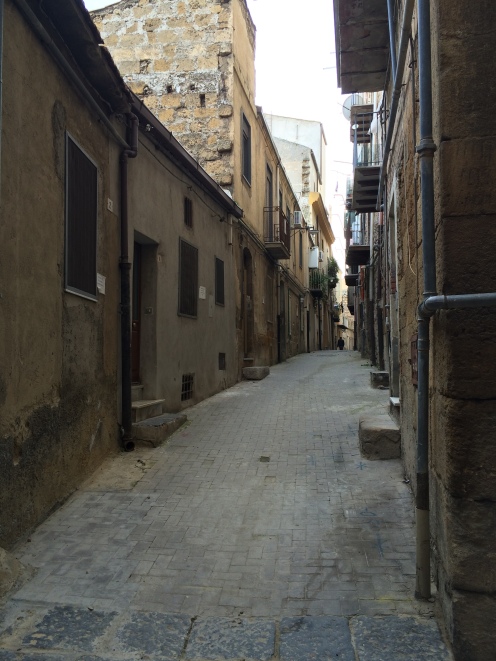 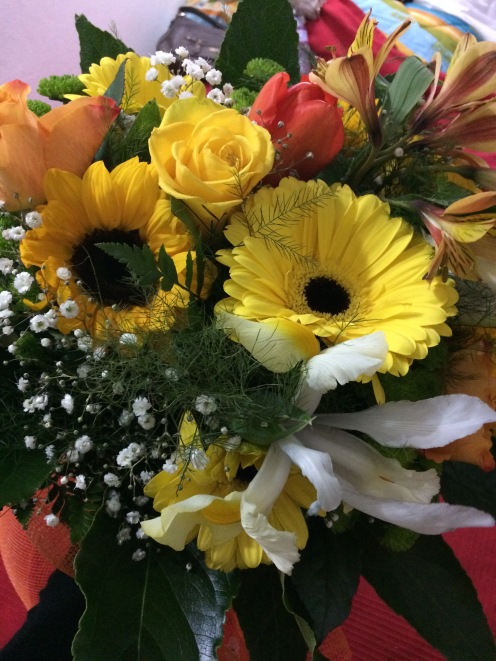 Beautiful flowers from my students! 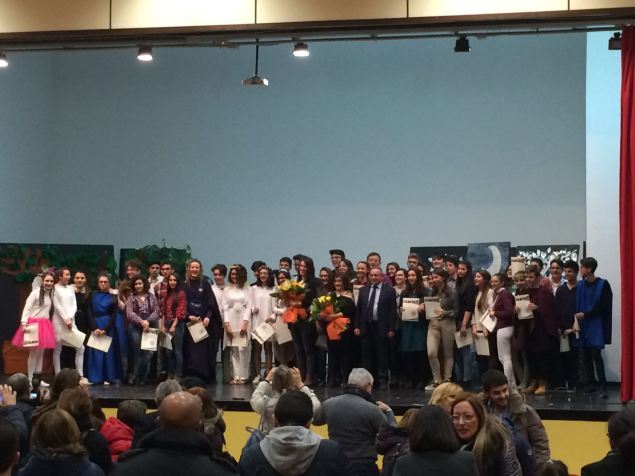 Flowers and speeches after the first show

The school had its own theatre!

Another beautiful bouquet, this time from my second group 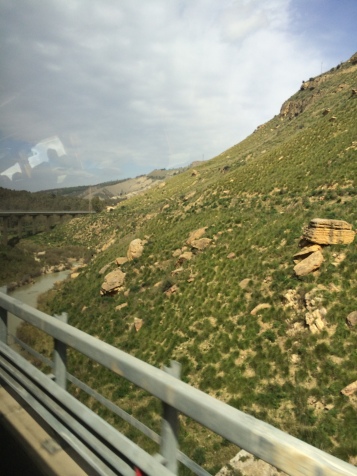 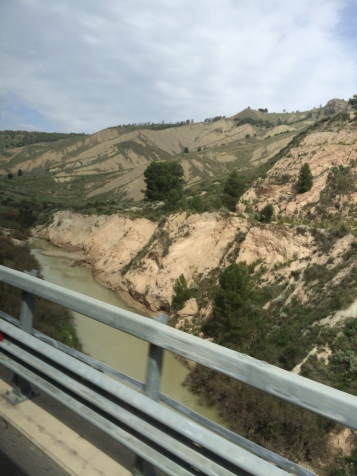 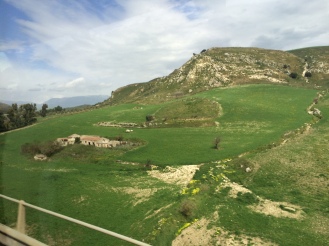