I have always believed in a little bit of magic, and I think this is an essential quality for a puppeteer. The belief that one can breathe life into an otherwise inanimate collection of foam and wood is, in my mind, a belief in magic.

Ever since those first finger puppet shows I made as a kid and performed in a shoebox theatre, I have been fascinated by this magic-making. An animation workshop at East 15 gave me my first taste of training in puppetry, and last weekend I had the chance to take the next step on my puppetry journey.

Gyre & Gimble, set up by War Horse puppetry directors Finn Caldwell and Toby Olie, recently ran a three-day September puppetry intensive focusing on using Bunraku-style puppets. It was a brilliantly insightful three days, and solidified my desire to develop my skills in this area. Day one kicked off with some introductions and games followed by basic animation with large sheets of brown paper, getting us used to enabling rather than imposing movement on the object we’re puppeteering. We then made some super basic puppets out of brown paper, with a bit of scrunching, some folding and a spot of sticky tape, and produced short sequences with each puppet performing an everyday task (such as making a cup of tea), working three people to a puppet. We discussed the key principles of puppetry, including breath, weight and focus, and in the afternoon worked with some white, fabric, rag doll-like puppets.

Day two saw us moving on to more advanced Bunraku-style puppets, including foam and wood human-form puppets, a cat prototype, a fox in a white suit (naturally) and a beautiful little old man puppet that was one of the first puppets Finn made. We worked in groups of four, with three people working the puppet and the other acting as an outside eye or director – when you’re working with a puppet like this it’s so important to have someone watch the work as you can’t see how it’s coming across. Looking at how puppets and actors interact on stage, we produced short scenes with our puppet and one of us acting alongside it. This actor is often called the ‘fourth puppeteer’ and plays an important role in making the audience believe in the life of the puppet, through his or her belief in and engagement with it. The day ended with a bit of making the puppets speak – getting the head movement right is quite a skill! – before we got into small groups and discussed stimulus material we’d brought in ahead of doing some serious devising the next day. 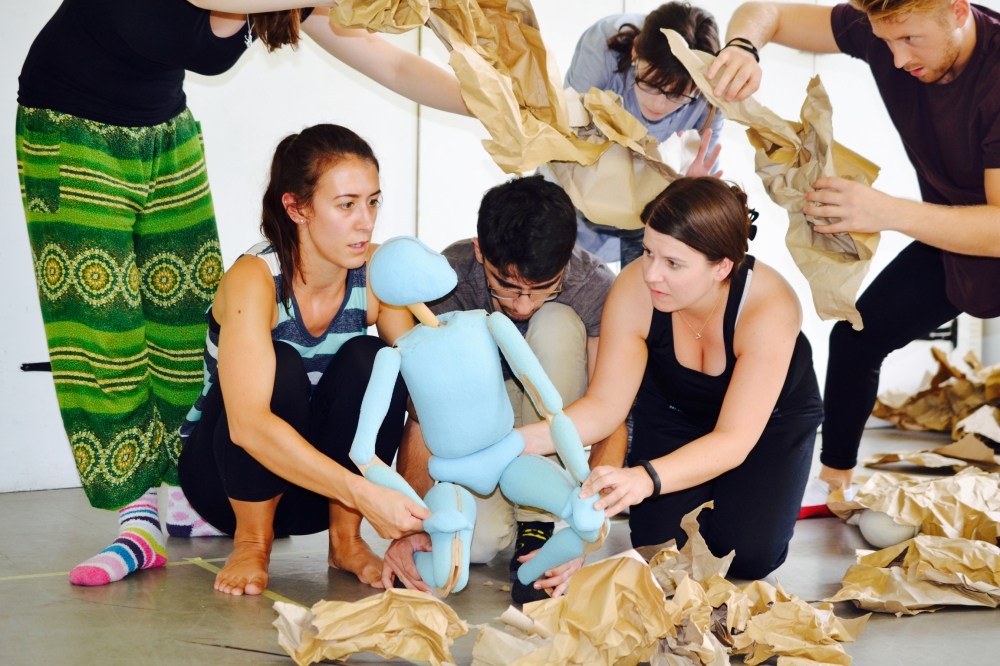 The final day was spent mostly devising in our groups, with pointers and suggestions here and there from Finn as he went round the room watching us work. We ended up with a few extra members in our group, making six, which enabled us to use two puppets in our piece. Get in! We tried using music as well but it didn’t work so well with the piece as it all got a bit dramatic in the middle of the track, but it was worth trying.

I came away from the three days with such a buzz and a hunger for more. Thank you to Finn Caldwell and Gyre & Gimble, and to my fellow puppeteers in training for being such fun to work with. I have a feeling this is just the start of our puppetry journey together…. 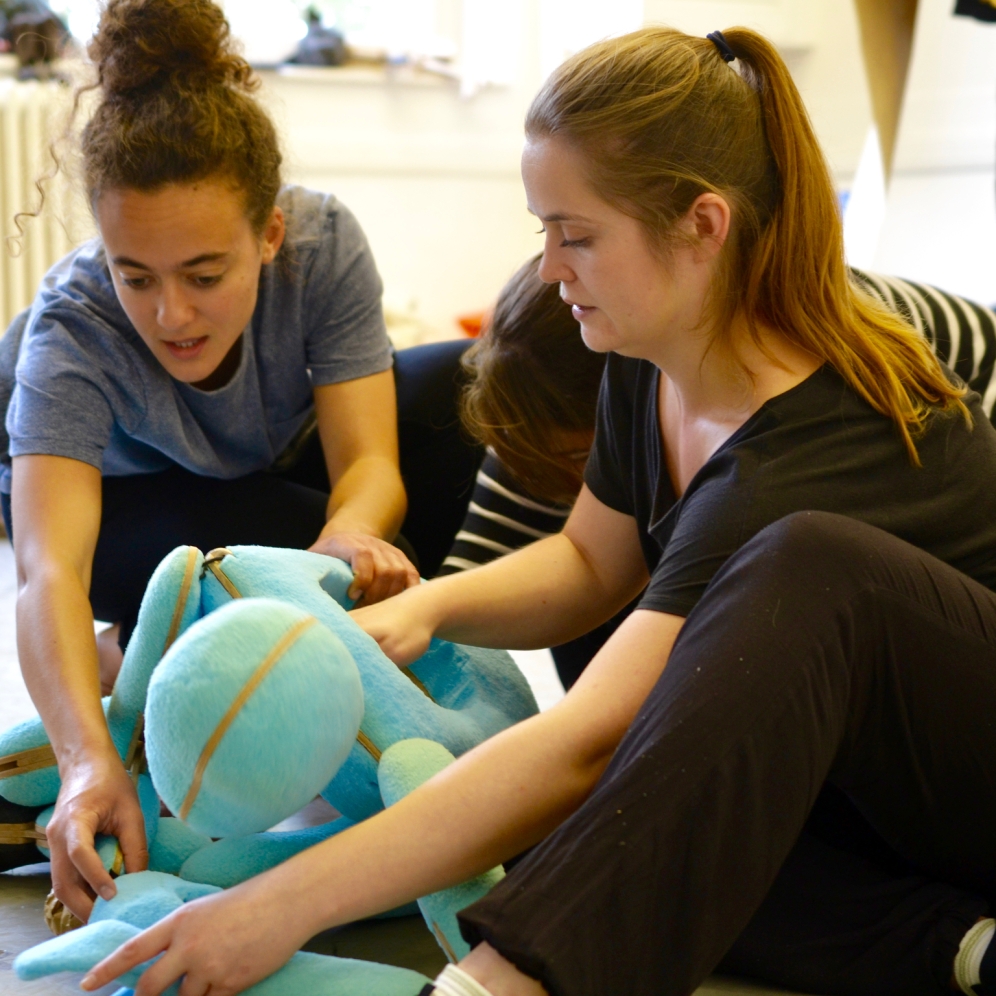 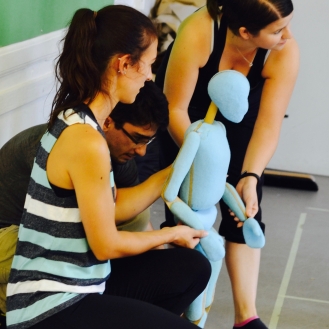