This summer saw me head off to Russia again to work at a summer camp on the Black Sea for a month, running drama workshops in English.

I worked directly with CLASS Study and Training Centre this time, an English language school based in Rostov-on-Don, and there were three of us going over from England – myself, Hebe Reilly and Emily Sly, all of us East 15 graduates!

It was a fantastic experience – completely knackering but so rewarding. For the first half of camp I worked with the middle group of students, mostly aged 11, 12 and 13, then in the second half I worked with an older group of 13–16-year-olds. Both groups were wonderful – the first took a few days to settle in, so were a bit of a handful at the start, but once we were used to each other they turned out to be a very caring, creative and attentive group of kids. Being that bit older, and most of them having been to camp before, my second group of students were ready to get on with the work in our sessions right from day one. Check out the Facebook page we created for this year’s camp to see photos and videos of what we got up to in the sessions. My thanks to the wonderful Drama Menu book for some new games and activity ideas that I put to good use this year.

The camp sits on the coast of the Black Sea, not far from Nebug, nestled between imposing hills carpeted with trees and a beautiful watery horizon stretching off into the distance. Looking out to sea from the fourth floor balcony in the main accommodation building, the view is breathtaking – such a huge expanse of space, the blue sea below, the blue sky above.

Like last year, the students devised their own pieces to perform to the rest of the CLASS group at camp. The theme of this year’s camp was jobs, and each day a different job or area of work was explored through the ‘quests’ the teachers prepared for the students. I used this theme with my first group and asked them to choose a job to create a piece of theatre about, looking at a day in the life of someone doing that job. As is so often the case when working with children, the results were not quite what I expected – we certainly had some unusual job titles come up, and not so much a day as six months in the life, but it was the students’ work, not mine, and that was the important thing.

With the second group I decided to try a different approach, and rather than just leaving them to their own devices I came up with the idea of creating a sort of news programme with two presenters and a variety of shows contained within it. I asked two students if they would like to be the presenters, then mostly gave the rest of them the option of creating a news report, a film trailer or a commercial. The key element here was that we were focusing on good news – this started with a group discussion early on in the process about the phrase ‘no news is good news’, looking at how so much of the news we consume focuses on negative events. We wanted to highlight the positive things happening in the world and the more positive side of human nature, from the serious to the slapstick. In the end we had a mixed tone to the overall piece, with a news report on a utopian version of camp (where the kids had ‘loud hour’ instead of quiet hour, they could get up at whatever time they wanted, and they got to eat bacon and eggs for breakfast), a quiz show, a puppet weather report, a chat show with a message about valuing how a person is on the inside, and a film première.

I felt so proud of both groups and the amazing pieces they created. They say that a great teacher inspires their students, but every time I work with a new group of children, whether 7 or 17, I find that they are the ones inspiring me. Their ideas, their energy and enthusiasm, the questions they ask, the way they approach a problem and find a solution, all of this makes me see the world differently, through their eyes, and I realise I have just as much to (re)learn from them as they have to learn from me. This is why I do camp. The beach is a draw, as is the wonderful team of teachers I get to work with out there, who make camp such a special experience for everyone, but the main reason I do it is the kids. They make it one of the most rewarding experiences of my life. 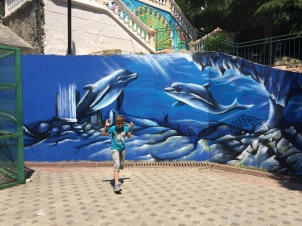 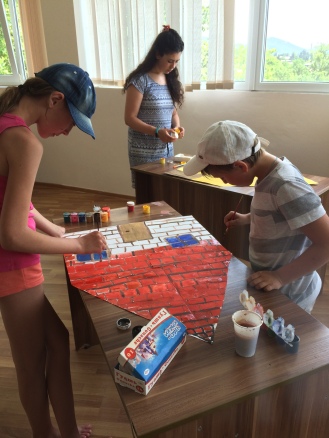 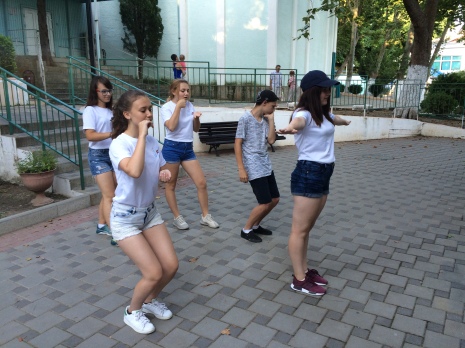 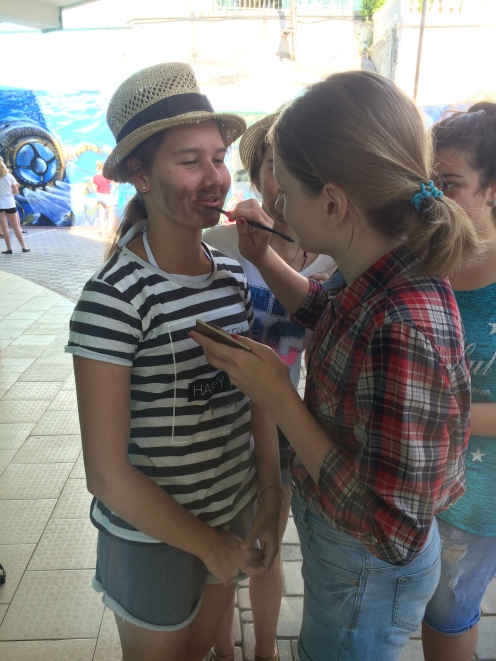 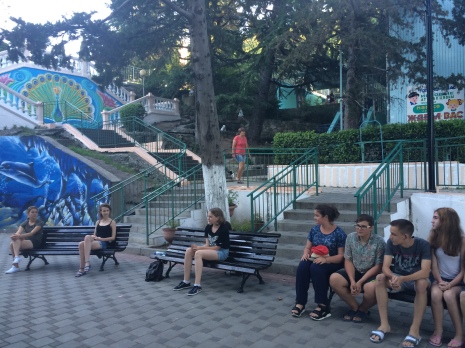 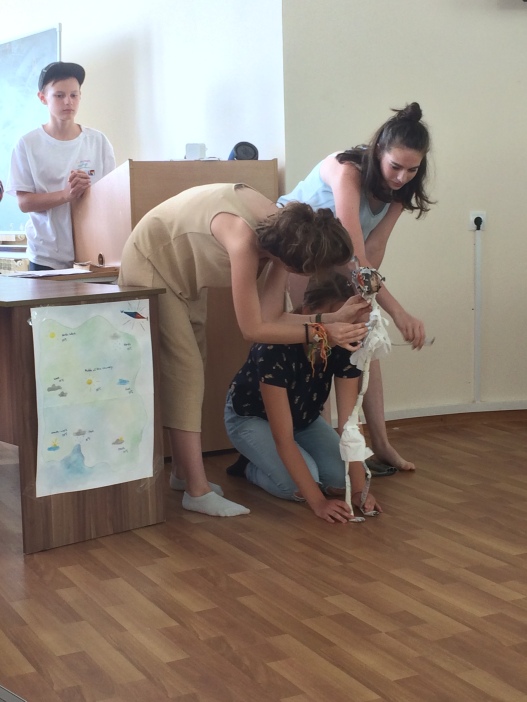 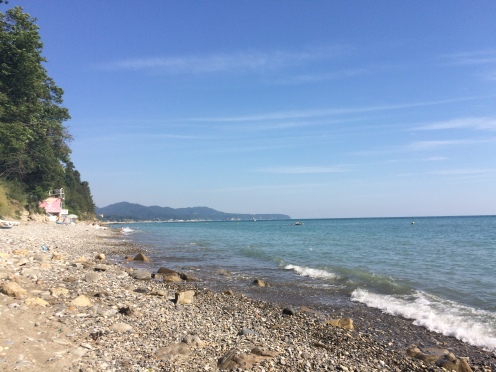